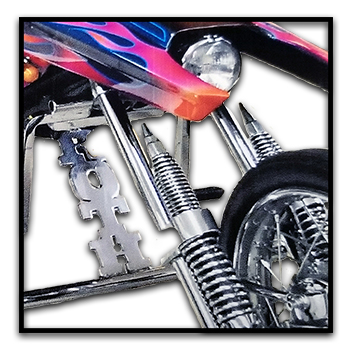 We have been in the motorcycle industry since the early 1970’s when the owner was approached by Big Daddy Roth to build a better front end for his trike kits. Roth felt that his trike wasn’t handling properly nor was it safe.

Being a motorcycle enthusiast, Ron was excited to design and build the perfect front end for the trikes. Ed went on to insist everyone who bought one of his trike kits, bought a front end from Ron.

In the late 1990s, we opened the aftermarket wheel company, Metalsport Inc. We were the first to offer a full line of true 3-D wheels. In early 2007, Metalsport had an opportunity to work with Matt Hotch on his bike, the “Vinnie,” as they did on the two previous bikes for the History Channel’s Biker Build-Off. The Vinnie featured the first ever 26” wheel. The high demand for this size gave birth to bigger sizes that are available today - the 30”, 32” and the 34” wheel. 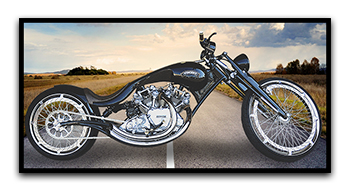 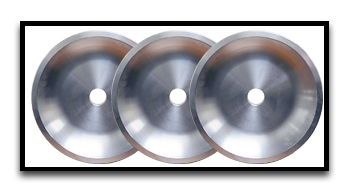 In December 2017, we were offered the opportunity to sell the full line of motorcycle wheel blanks that are manufactured in the U.S.A. With the decision to take on this new venture, we wanted to make sure that as the wheel blank distributor, we would offer the full range of wheel sizes, including the 2D, Hybrid and 3D wheel formats.

MSI is the one-stop shop for all your wheel needs - Wheels in 2D, Hybrid and 3D, Rotors up to 18”, Pulleys, Sprockets, Vee Rubber & Shinko Tires, Hubs and more to come.